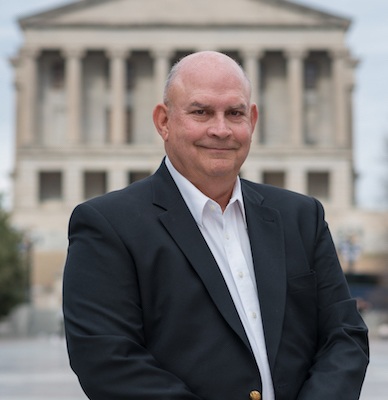 Lynn Fuson began his business career in 1977 and worked in the Telecommunication environment until his retirement in 2002 in a Senior Manager with BellSouth Telecommunications, Inc. After doing consulting work both domestically and internationally for a few years, he agreed to come to work for his son, Joseph, in 2007. He has seen both Mark and Joseph prosper with their own respective firms, and was on hand as the Freeman and Fuson Partnership was formed in 2009. He provides administrative support to the firm and has been instrumental in helping the Partners build one of the finest group of Attorneys and support staff of any law firm in Middle Tennessee.

Lynn is married to his wife, Gayle and has 3 wonderfully successful children and 5 fabulous grandchildren. He splits his time between his job as a grandparent and Office Manager for Freeman and Fuson, while slipping in a round of golf or two each week.

Contact Us
Practice Areas
Marijuana Offenses
DUI Center
Client Reviews
★★★★★
Relief! Mark Freeman is the best lawyer I have ever had. He took care of my Criminal Case in one day. Answered all phone calls and returned them all as well. He didn't hesitate to answer any of my questions. I am very thankful he had my case dropped! Not many lawyers can do that. I highly recommend him. He treats you as more so family than a client. If I ever have another case Mark Freeman will be my lawyer. Peter P.
★★★★★
Joey: Just wanted you to know how appreciative I am to be represented by such an outstanding attorney. You did an awesome job. Thank you for your help and support throughout. I have NEVER gotten so much for my money with any other attorney before. I'm looking forward to referring you as much as possible in the future. Thanks again buddy. Charles G.
★★★★★
I reached out to the firm for assistance in a landlord/tenant matter. Freeman & Fuson was quick to call me back, gathered all the details on a brief phone call and was ready to act as early as the next morning. They saved me time/money and frustration. His follow through until the matter was resolved was excellent. Michael S.
★★★★★
Mr Fuson was my attorney for multiple cases and what I can say I most appreciated was how simple he made it to communicate. This left me never ill at ease with where things stood. He is knowledgeable and certainly experienced in Williamson County. There really is nothing more I can say except hire him!! Jennifer
★★★★★
Mark Freeman has been a up front Atttorney. He has handled my case with professional knowledge and returned my calls in a timely matter and got the my case dropped. If you need any professional advise and a good attorney I highly recommend you calling Mark Freeman. Excellent Job. Anonymous
View More
Submit a Law Firm Client Review