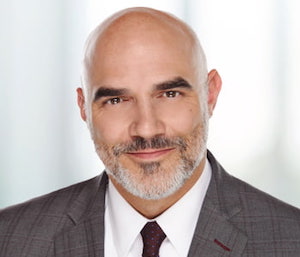 Nashville Criminal Attorney Joseph Fuson began working in Tennessee law firms at the age of 20 and has dedicated his professional life to being a trial attorney for those charged with crimes. He was born and raised in Middle Tennessee, went to high school in Middle Tennessee and graduated from University of Tennessee – Knoxville Cum Laude in 2000. Mr. Fuson continued working after college at a civil litigation firm and attended law school at Nashville School of Law. Mr. Fuson was licensed to practice law in the State of Tennessee in 2006, partnering with Mark Freeman shortly thereafter and forming Freeman & Fuson in 2009.

Criminal Lawyer Joey Fuson spends his days in court fighting for people who have been accused of a crime and representing people who have been severely injured. In the criminal arena, Mr. Fuson has been defending citizens accused of crimes for over a decade and knows what it takes to handle tough cases. Regardless of the issue, Mr. Fuson is a trial lawyer who puts the needs of his clients first. A large part of his criminal practice is focused on drug and alcohol cases. Specifically, marijuana defense and DUI defense. Mr. Fuson is the founder of Hemp Law Group, Tennessee's only law firm dedicated to representing individuals and businesses in Tennessee's growing legal cannabis industry.

Mr. Fuson is an active member of the Tennessee Association of Criminal Defense Lawyers and a graduate from the TACDL Trial Attorney’s College and Advanced Trial Skills College. Mr. Fuson knows the law and will apply the law to your facts to develop a specific litigation plan that he and his team will execute. He will spend time with you and get to know you and your situation and help you manage the case.

Mr. Fuson and his team know that good people can find themselves in tough situations. When this happens, better know Joe.

Mr. Fuson and his team will work with you and make sure your needs are met at all stages of the process.

Joseph Fuson's practice is focused on representing individuals in the following counties/cities in Middle Tennessee:

* Mr. Fuson has traveled to over 30 different counties in over a decade of practicing law and will travel for specific cases.

Contact Us
Practice Areas
DUI CENTER
Marijuana Defense
Marijuana Offenses
DUI Center
Client Reviews
★★★★★
I loved working with Sarah and Joey. They are very kind people who made sure I understood every step of the process. They treated me with kindness continuously and I would definitely use them again! Taylor
★★★★★
Joey is a talented lawyer who cares about his clients. Sarah his assistant is a true professional, but more than that they care about you as a person first. I would highly recommend the team. Bill Hoskinson
★★★★★
Relief! Mark Freeman is the best lawyer I have ever had. He took care of my Criminal Case in one day. Answered all phone calls and returned them all as well. He didn't hesitate to answer any of my questions. I am very thankful he had my case dropped! Not many lawyers can do that. I highly recommend him. He treats you as more so family than a client. If I ever have another case Mark Freeman will be my lawyer. Peter P.
★★★★★
Joey: Just wanted you to know how appreciative I am to be represented by such an outstanding attorney. You did an awesome job. Thank you for your help and support throughout. I have NEVER gotten so much for my money with any other attorney before. I'm looking forward to referring you as much as possible in the future. Thanks again buddy. Charles G.
★★★★★
I just want to say that Mrs. Carolanne King is the greatest lawyer I have ever had. She is truly amazing and knows how to get the job done. She walked with me through the whole court process and worked for me when everyone else said that they could not help me. I am truly grateful for the law firm of Freeman and Fuson. D.D
View More
Submit a Law Firm Client Review